Feature: The Battle of Red Cliff

Feature: The Battle of Red Cliff

The Battle of Red Cliff (208) was a turning point in history, checking the imperial ambitions of Northern warlord Cao Cao (曹操) and inaugurating the Three Kingdoms period. Having taken the Han emperor under his ‘protection’ and secured his territory in the north, Cao Cao marched his vast army southwards, seeking to complete his conquest of China. Yet he suffered cataclysmic defeat at Red Cliff at the hands of the allies Liu Bei and Sun Quan and was forced to retreat northwards, incurring devastating losses en route. 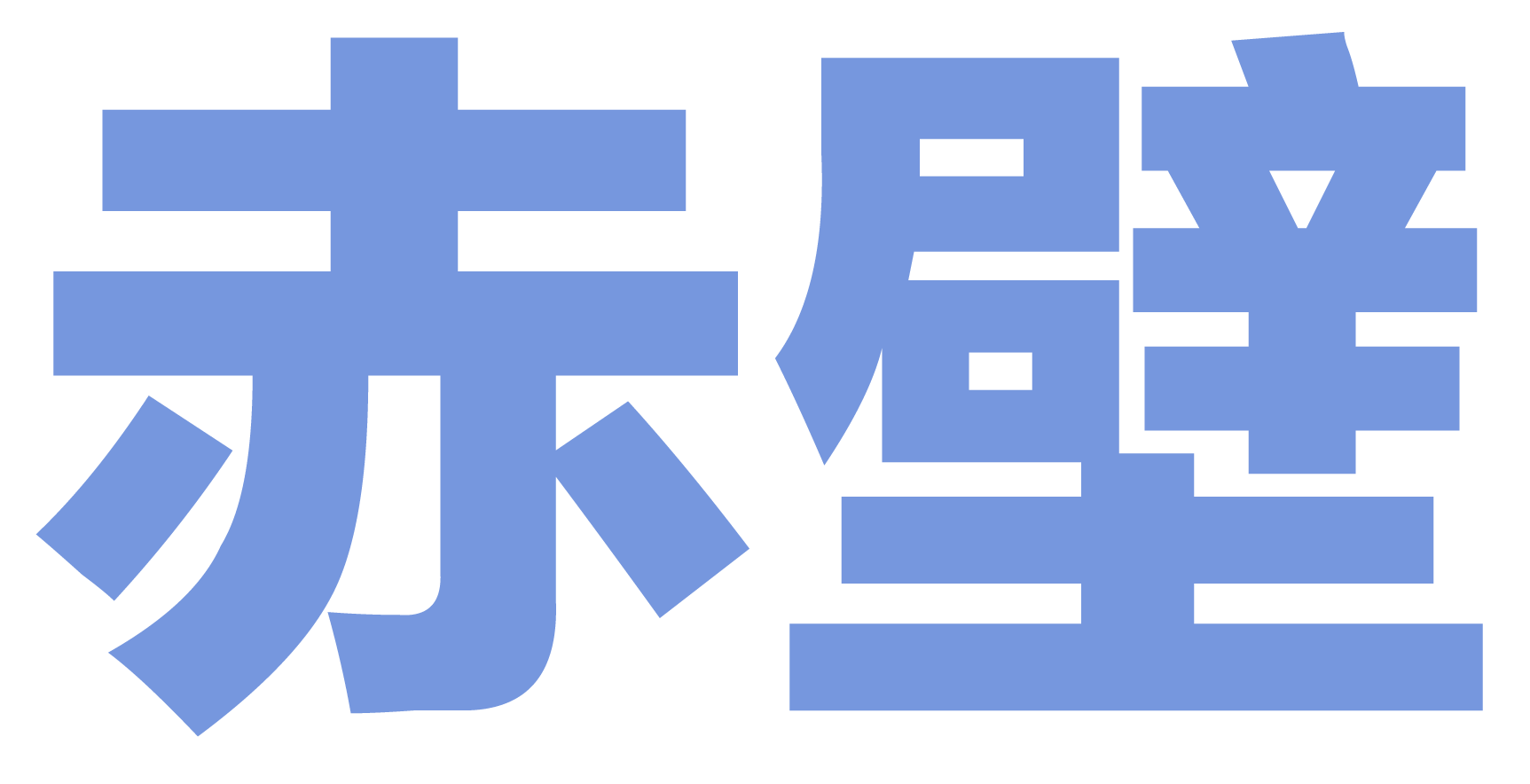 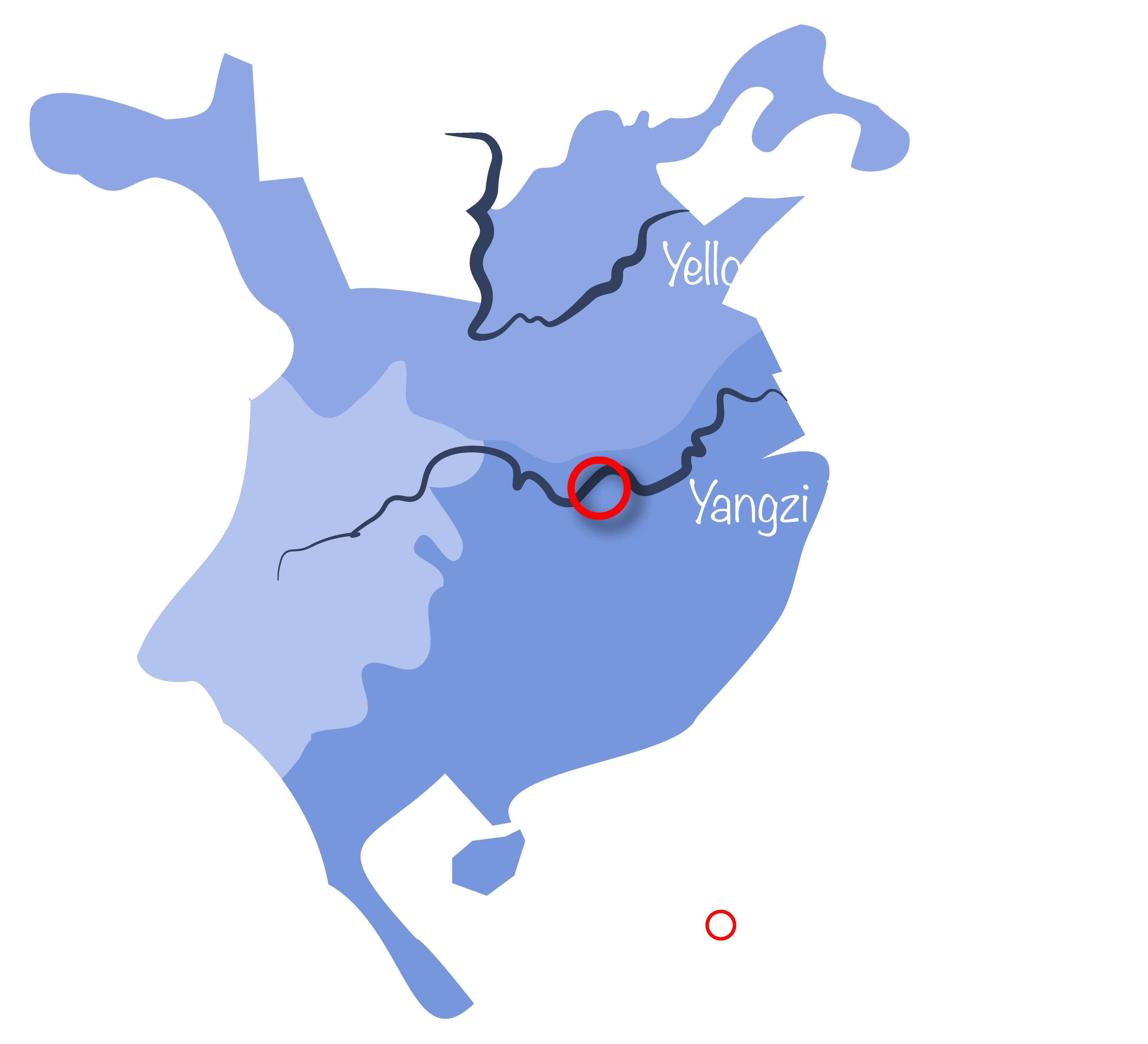 A Tale of Two Rivers

The battle of Red Cliff sealed what was already a growing reality: China was now divided on North-South lines, centred on the Yellow River in the North and the Yangzi in the South. Despite brief reunification under the Jin Dynasty (as the Wei kingdom was to style itself), the North and the South would develop in parallel  for the next 400 years. The South, perceived as exotic, mysterious and dangerous, was already transforming during the Han Dynasty, as swathes of the population emigrated to avoid flooding and the threat of invasion. The great families colonised their new home, forcing out local tribes, reforming the hilly landscape to become a rice-growing powerhouse, and redefining their own political and cultural power.

Cao Cao’s army hugely outnumbered those of Liu Bei and Sun Quan. Unfortunately for Cao Cao, his army arrived at Red Cliff in a state of exhaustion and illness, a combination of the unfamiliar southern climate (and its diseases) and sea sickness. The men, hardened land soldiers all, were not used to travelling by water. Consequently Cao Cao (so the story goes) lashed together all the boats into a huge flotilla that would provide some much needed stability and stop his men going so green around the gills. This was to be significant for what followed. 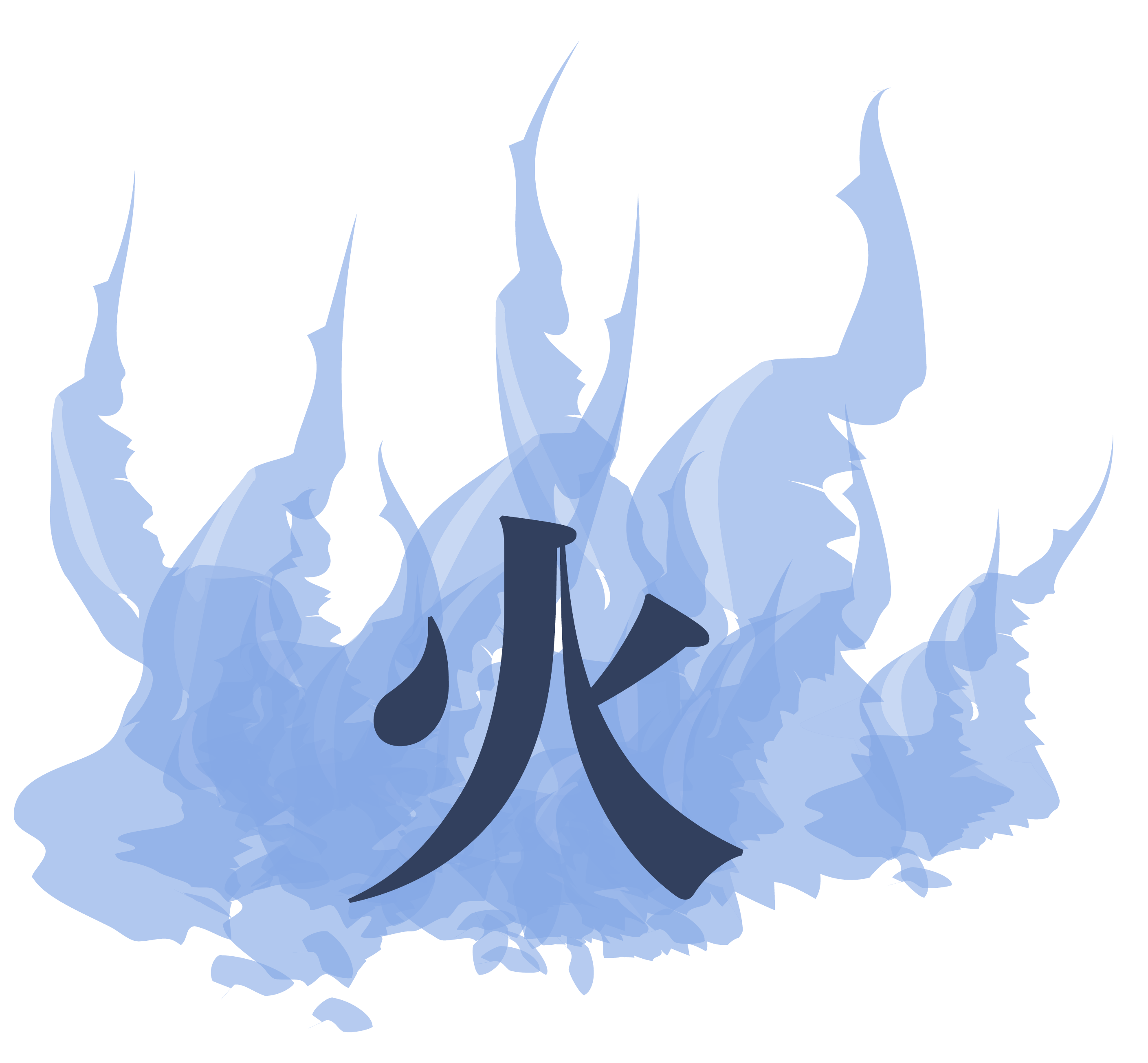 Burning of the Boats

After an initial skirmish against Liu Bei’s army, Cao Cao could not press his advantage due to the parlous state of his army. While Cao Cao regrouped on the southern banks of the Yangzi, a coalition general approached him with an offer to defect, along with his fleet of boats. Soon a large number of ships were sailing upriver to join Cao Cao’s forces. Little did Cao Cao know that this was a ruse: the ships contained not fighting men, but flammable materials. At the last moment, the skeleton crew disembarked and the wind carried the explosive ships right into Cao Cao’s flotilla. Amidst fire and chaos, the coalition attacked Cao Cao’s camp on land, scattering the men and forcing an instant retreat.

Poem on the Eve of Battle

A poet of great distinction, Cao Cao is said to have composed this drinking song on the eve of the Battle of Red Cliff.

“Blue, blue are your gown’s folds // ever you are in my heart” // And only because of you // My concerns keep on till now. // Yoo, yoo cry the deer // eating the shoots in the meadow // Worthy guests are here with me // so play the harp and blow the pipes.

Bright and full is the moon // When will its passage cease? // Cares come from deep within // nor can they be halted. // You crossed the paths and lanes // taking the trouble to visit me // now feasting and chatting after hard times // your hearts consider old kindness done.

The moon is bright // the stars are few // and magpies come flying south. // Three times around they circle the tree // Where is the branch on which to roost? // The mountain does not mind its height // The ocean does not mind its depth. // The Duke of Zhou broke off his meals // and all the world turned to him in their hearts.

Note: Du Kang is the legendary inventor of wine. The reference to the Duke of Zhou is a shorthand for being an incredibly attentive leader – to the point of spitting out food mid-meal to help people. 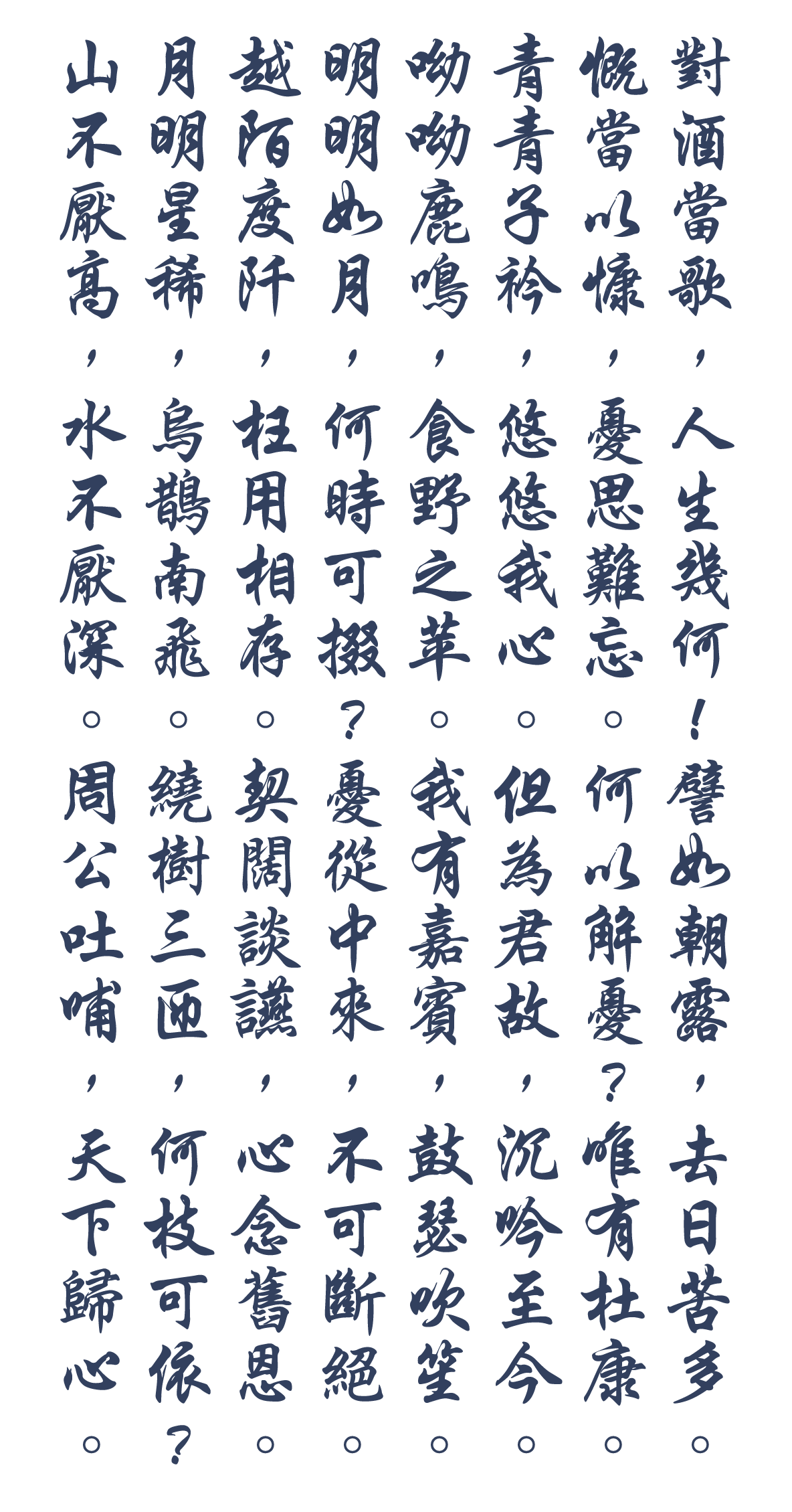 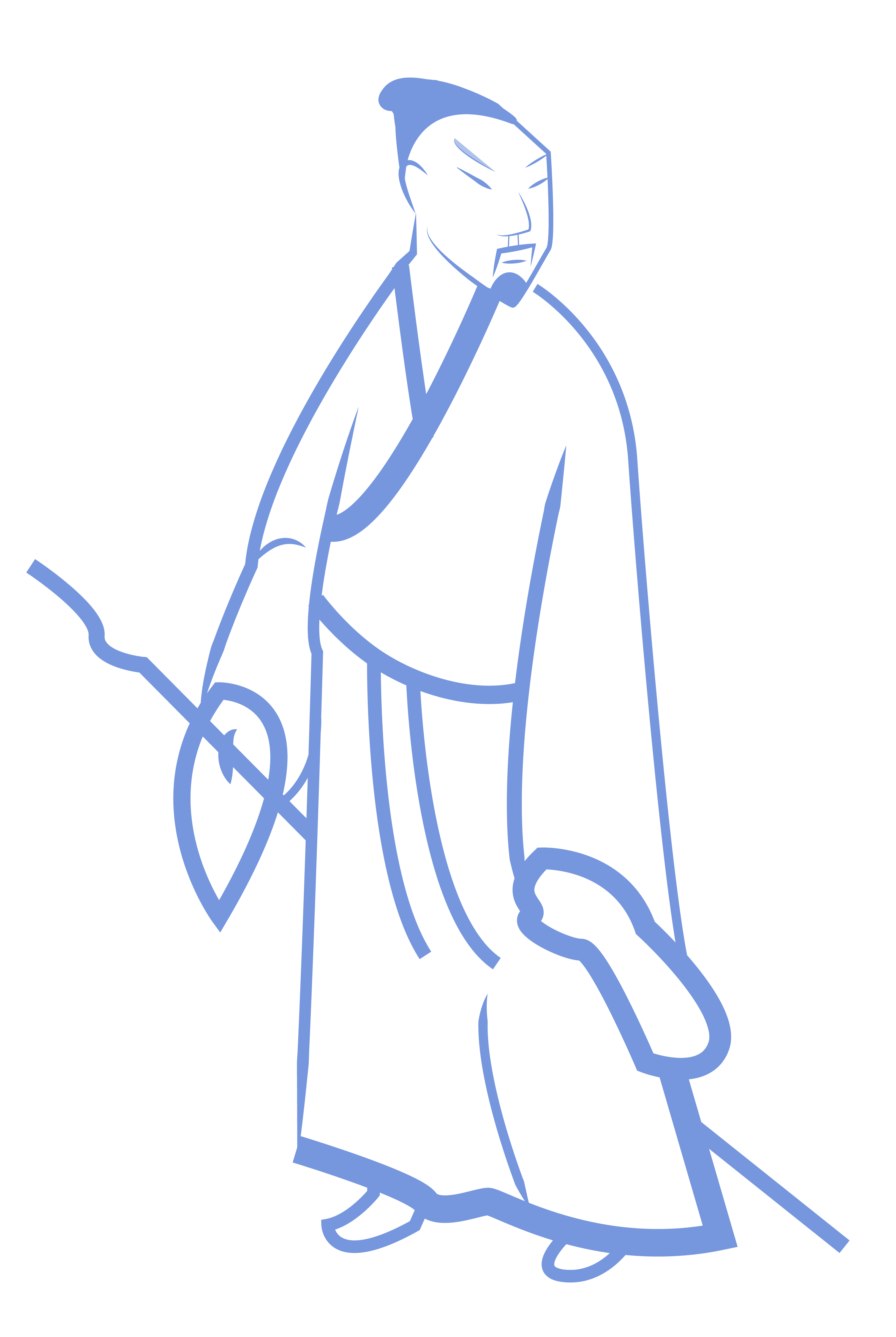 Some 850 years after the events of Red Cliff, the polymath official and poet Su Shi (蘇軾) was on a boating excursion with friends when he came to what he took to be the location of the famous battle. Captivated by the scenery and merry with wine, he begins singing in verse. But his friend accompanies him on the flute in dolorous tones, and a great sadness descends. In Su Shi’s words: “Such notes made the dragons dance as they lay sunken in their dark lairs, and caused women who had lost their husbands to weep in their lonely boats.” Asked why he played the tune in such a tragic fashion, his friend responds by quoting Cao Cao’s poem above:

“The moon is bright, the stars are few, and magpies come flying south.”

Isn’t that Cao Cao’s poem? Here facing Xia-kou to the west and Wu-chang to the east, where the mountains and the river wind around each other with the dense green of the forests – isn’t this the place where Cao Cao was set upon by young Zhou Yu?

Once Cao Cao had smashed Jing-zhou, he came down to Jiang-ling, going east with the current. The prows and sterns of his galleys stretched a thousand leagues, his flags and banners blotted out the very sky; he poured himself some wine and stood over the river, hefted his spear and composed that poem – he was indeed the boldest spirit of that whole age, and yet where is he now?…”

If such was the end of so great a spirit, the companion continues, what of himself and Su Shi – small fry by comparison? Su Shi counteracts this existential crisis with some timely philosophical perspective and the friends end up laughing and drinking once more:

“…We all leaned against one another in that boat, unaware that the east was brightening with day.”

The Battle of Red Cliff looms large in Chinese history and legend. As an epochal moment in political and military history, the battle carries resonances of martial valour and derring-do, aided hugely by the 14th Century work Romance of the Three Kingdoms (三國演義). The 2008 film Red Cliff by John Woo shows the battle still has has the power to capture the imagination of modern audiences.

Red Cliff also has a literary and cultural dimension, thanks to the poetry of Cao Cao and Su Shi. The latter poet’s visits to the site (though he may have got the location slightly wrong) and his two poetic discourses on the subject occurred after he had been banished from office. The works came to be associated with withdrawing from political life and engaging in more spiritual pursuits; Su Shi joined the pantheon of enlightened sages worthy of depiction in art. Red Cliff therefore occupies a central role in China’s historiography, intertwining those two essential qualities of government and society: the cultural (文) and the martial (武).

WorldHistory has a good general overview of the battle of Red Cliff.

This well-researched personal website has reproductions of Su Shi’s First Ode on the Red Cliffs, including a side-by-side translation and commentary on calligraphy.

[中文] The text of Cao Cao’s poem, with explanatory notes.

This paper discusses some of the cultural resonances of Red Cliff, looking in particular at handscroll depictions of Su Shi’s visit to Red Cliff.

More discussion of Su Shi’s visit, cultural associations and representations in art in the centuries that followed.

An Anthology of Chinese Literature

Edited and translated by Stephen Owen

See page 292 for a translation of Su Shi’s The Poetic Exposition on Red Cliff and page 664 for a biography of Su Shi and a selection of his works.

China Between Empires: The Northern and Southern Dynasties

In particular, see the introduction for a discussion on Lewis’ choice of the term ‘Northern and Southern Dynasties’ for the four centuries following the collapse of the Han State. In short, he points out that it was a split between the two river basins of the Yellow River in the North and the Yangzi valley in the South which was to define the trajectory of China’s cultural and political history in that period.